Newly Homeless​ - Newly homeless represents individuals or families who have not accessed shelter services within the past thirteen years. The majority of the single adult women and family households are new to the homeless system. In FY2015, the women’s system had the greatest increase in the percentage of newly homeless persons, compared to the men and family systems. 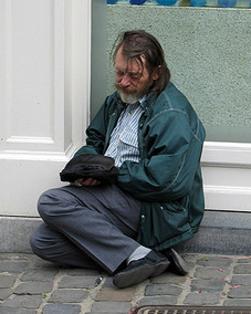 According to the National Coalition for the Homeless, a lack of affordable housing and the limited scale of housing assistance programs have contributed to the current housing crisis and to homelessness. Recently, foreclosures have also increased the number of people who experience homelessness.

Other major factors which can contribute to homelessness, include:

Lack of Affordable Health Care – For families and individuals struggling to pay the rent, a serious illness or disability can start a downward spiral into homelessness, beginning with a lost job, depletion of savings to pay for care, and eventual eviction.

Mental Illness – Approximately 16% of the single adult homeless population suffers from some form of severe and persistent mental illness (U.S. Conference of Mayors, 2005).

Addiction – The relationship between addiction and homelessness is complex and controversial. Many people who are addicted to alcohol and drugs never become homeless, but people who are poor and addicted are clearly at increased risk of homelessness.